During Facebook’s developer conference f8 in 2014 Edwin Smith with the High-Performance Server Infrastructure team shared some insights on the HHVM – the PHP runtime project built around performance (27:37 onwards). In his talk he also described how the team almost failed reaching a very ambitious goal – but finally managed it … with 1% micro steps. They actually overachieved.

What happened? In October 2012 the team was in a position where they had spent nearly 2 years of development time to create a virtual machine / just-in-time compiler to boost Facebook’s execution performance. Already in April 2012 they realized that the newly created project was 3 times slower than the current execution environment – and plan to go live was end 2012. In October 2012 the team realized that following the working model as they did so far will not allow them to make their goal.

So, the need to improve the execution performance by factor 3+ (ambitious goal) meets a hard deadline to go live (time box).

At the time, the team stopped working like they did before and changed to a drastically different model. 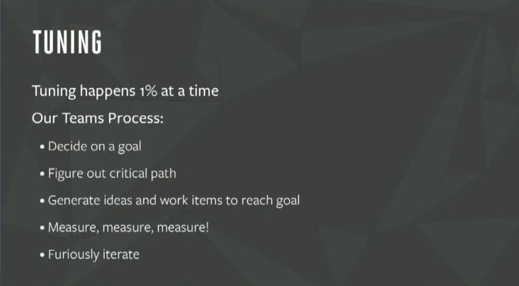 They changed from a project working model towards a kanban-like working model. Now, they started focusing on micro-steps. Each of these steps shouldn’t take longer than a day or two. If the success was measurable and positive, great. If not, the team simply documented the effort and moved on (Furiously iterate). 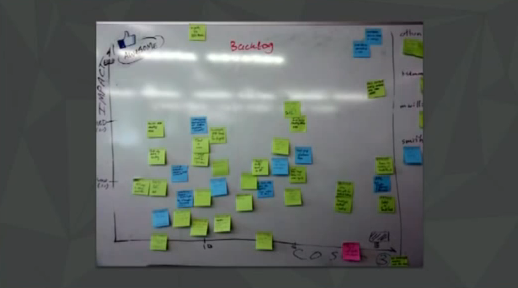 Prior to starting the work on the final period from October to December the team started with a brainstorming session filling up their backlog. Each of these micro 1% performance improvment steps were documented. The backlog organized like: left–>right impact – with least impact right, top–>bottom effort with least effort in top. Ideally, all steps were located top left (low effort but high impact). Those, however, were already covered. 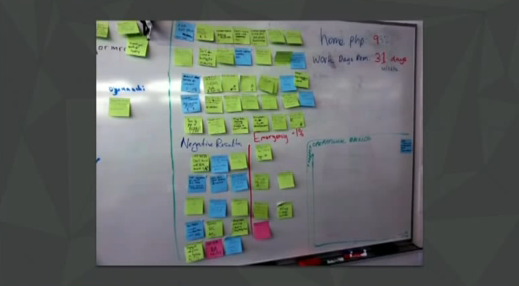 The team documented the finished tasks with positive and no / negative impact on the board as well. A great learning experience.

Validation of the impact was done utilizing a fine grained measuring tool allowing the team to identify even smallest performance improvements. 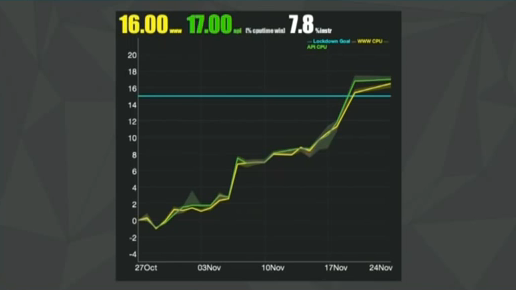 The result of the effort is amazing. The team managed – focusing on these micro-steps – to get to their goal – and even further.

The team did change to this working model since. They have periods of hard and focused work. They pick a goal and divide the path towards this goal into micro steps. They work for a small amount of time on one of these steps and decide on metrics (validation) to pivot (learning: wrong direction) or to persevere (learning: right direction). When the goal is reached the team does further fine-tuning on the achievements – or goes on vacation. Afterwards, they continue with another iteration.